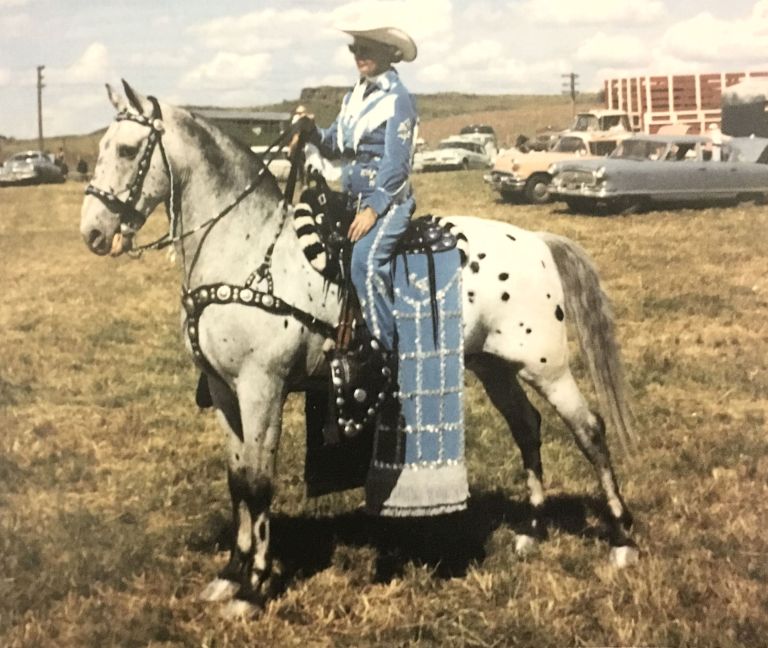 Long before the Appaloosa Horse Club (ApHC) was founded in December of 1938, the breed was well established in the “Palouse Country” of southeastern Washington.

There, pioneer ranchers such as Guy Lamb of Central Ferry, Washington, and Floyd Hickman of Colfax, Washington, had been breeding Appaloosas in the region for decades. As a result, the blood of both men’s horses contributed greatly to the registry’s foundation gene pool. 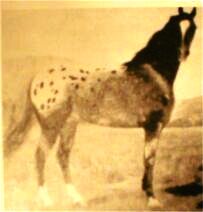 Floyd Hickman lived 25 mlies “up-river” from the Lamb ranch. In the 19205, he rode an Appaloosa mare named Spot down to be bred to KNOBBY . The following spring,  SPOT  foaled a black, blanket-hipped colt who was named LITTLE DAN . Little Dan was kept by Hickman and used as a breeding animal. 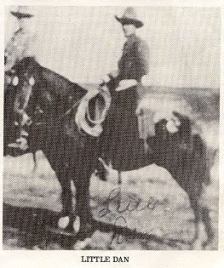 In time, Hickman bred the stallion to Lucy, a Sam Fisher-bred Appaloosa mare. Fisher, a Palouse Indian from Lyons Ferry, Washington, was yet another northwest- em breeder whose horses influenced the registry’s foundation gene pool.

The cross of LITTLE DAN andLUCY (1921) produced OLD BLUE , Hickman’s most note- Worthy pre-registiy Appaloosa stallion. One of the most popular sires in the Palouse Country, Old Blue once bred 109 outside mares in a single season! 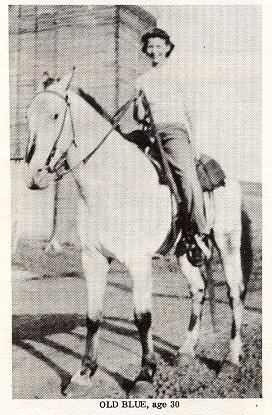 In 1935, Hickman bred OLD BLUE  to an Appaloosa mare named TRIXIE. Sired by the Fisher-bred Appaloosa stallion Rex and out of a red roan Appaloosa mare, Trixie was a renowned Northwest relay-racing mount. TOBY I, a 1936 blue roan, blanket-hipped stallion, was the resulting foal.

By all accounts, TOBY I was a natural cow horse and adept at negotiating the steep rive breaks. He was also reportedly so well trained that when it came time to load him into a pickup truck for work in outlying areas, he would jump up onto the truck bed from leve ground.

Of the 15 first places that were awarded, Toby I and his descendants accounted for nine. 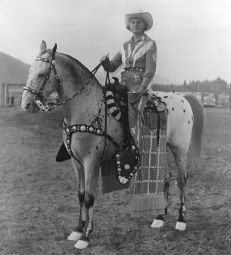 Toby I passed away of natural causes on February 21, 1966, two months short of his 31 st birthday. He was buried on the Racicot ranch where he spent the last two decades of his life.